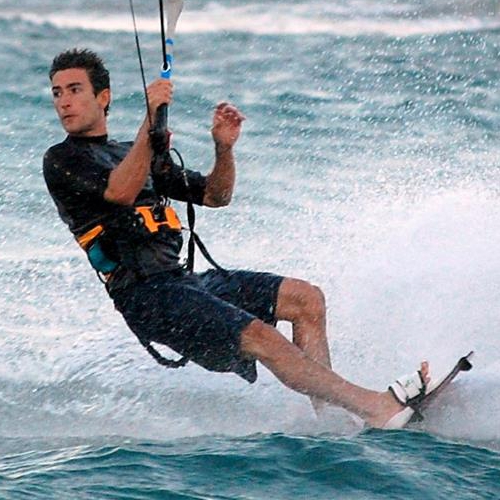 Alec originally hails from England but spent the last 14 years in the USA teaching competitive sailing. His kiting journey began in 2012, and he became an IKO Instructor in 2015. Alec tailors each lesson to the individual, and thrives on witnessing that “Aha!” moment where everything clicks for a new rider. During the last year Alec spent more time under the water, studying the art of freediving and how mindfulness, meditation, and posture unlock human potential. He now takes this knowledge and applies it to the sport he loves most, kitesurfing.